About
Board of Directors

A Dedicated Team with Depth and Experience in Life Science Leadership

Joe Victor
RareCyte, Inc
Joe Victor currently serves as RareCyte President & CEO and has been a Venture Partner/Venture Advisor with 5AM Ventures since 2016. Prior to joining 5AM Ventures, Mr. Victor served as CEO of Startide Sciences, a 5AM Ventures portfolio company chartered to identify and develop innovative technologies in the Life Sciences research tools markets. Prior to Startide, Mr. Victor served as CEO of DVS Sciences (acquired by Fluidigm Inc.), and Applied Precision Inc (acquired by GE Healthcare). He currently serves as Executive Chairman on the board of Purigen Biosystems as well as on the Boards of RareCyte, Precision Nanosystems, Magnetic Insight, and Glencoe Software. Mr. Victor also serves as an advisory board member to the Harvard Program in Therapeutic Science and the UC Davis Ecosystem for Biophotonics Innovation. Mr. Victor has also held various executive management and technical positions in the high technology, aviation, and energy markets. Mr. Victor holds an MBA from UCLA and MS and BS degrees in engineering from the University of Washington.
View LinkedIn Profile 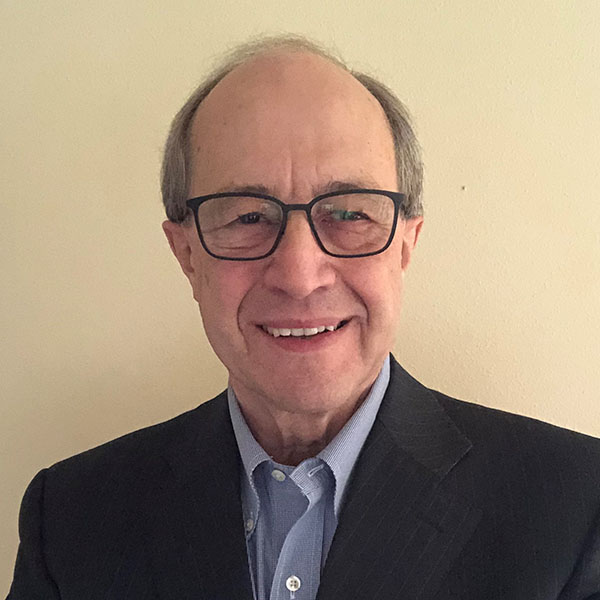 Ron Seubert
RareCyte, Inc
Ron brings a wealth of corporate leadership and technical experience to RareCyte. Prior to founding RareCyte, he was a founder and CEO at Applied Precision, Inc. (API). API initially specialized in semi-conductors. The company eventually spun off this division and began creating innovative imaging solutions for life sciences. Ron was instrumental in launching the popular DeltaVision line of microscopes, including the DeltaVision Elite and DeltaVision OMX, one of the first super-resolution imaging systems on the market. The company was sold to GE Life Sciences in 2011. His professional experience spans decades and he holds several patents.
View LinkedIn Profile 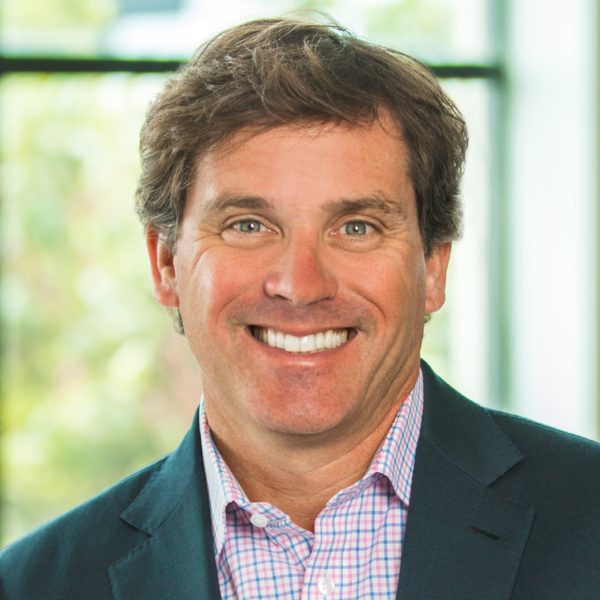 Andy Schwab
5AM Ventures
Prior to founding 5AM in 2002, Andy was a Principal at Bay City Capital where he was involved with companies such as Cubist, PTC Therapeutics, Symyx and Syrrx. Previously, Andy was Vice President of Business Development at Digital Gene Technologies and a Vice President in the life science investment banking group of Montgomery Securities. At 5AM, he has led the firm’s investments in and served on the Boards of Biodesy, Bird Rock Bio, Cleave, DVS (acquired by Fluidigm), Escient, Flexion (NASDAQ: FLXN), Ikaria (acquired by Mallinckrodt and spun-out Bellerophon (NASDAQ: BLPH), Ilypsa (acquired by Amgen), Miikana (acquired by EntreMed), Novome, Panomics (acquired by Affymetrix), Pear Therapeutics, Precision NanoSystems, Purigen, Synosia (acquired by Biotie), TMRW, and Viveve (NASDAQ: VIVE). Andy also serves on the Boards of Trustees of the California Academy of Sciences, Davidson College and the National Venture Capital Association (NVCA). Andy received a B.S. with Honors in Genetics & Ethics from Davidson College and was a member of its 1992 Final Four soccer team. Andy is based in 5AM’s San Francisco, CA office.
View LinkedIn Profile

Jan Garfinkle
Arboretum Ventures
Jan founded Arboretum Ventures on the premise that innovation is key to delivering value in healthcare, a principle she developed working in the medical device industry for over two decades. Her investments focus on promising medical technologies that enable meaningful healthcare system savings while maintain great clinical outcomes. Jan has led and held board seats in more than a dozen investments across five funds including notable exits with HandyLab, Esperion (Nasdaq: ESPR), CardioMEMS, nVision, NxThera and NeuMoDx. Prior to co-founding Arboretum, Jan spent 20 years in entrepreneurial healthcare companies. She was previously President & Founder of Strategic Marketing Consultants advising healthcare start-ups and major medical device companies. Jan also held key management roles in marketing, clinical research, and sales for two successful medical device start-ups, Advanced Cardiovascular Systems and Devices for Vascular Intervention. Each of these companies was acquired by Eli Lilly and became the foundation for Guidant Corporation. Earlier in her career, Jan was an engineer and product manager for Procter & Gamble.
View LinkedIn Profile 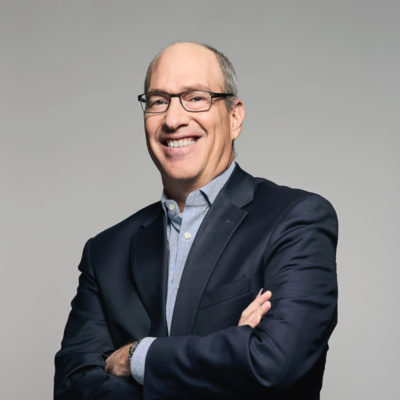 Robert Weisskoff, Ph.D.
F-Prime Capital
Robert Weisskoff, Partner, joined F-Prime Capital in 2004. Robert has worked extensively in both academia and the bioscience industry for thirty years. Prior to F-Prime, he held various senior roles in R&D and Business Development at both pharmaceutical and medical device companies. In his academic career, Dr. Weisskoff was Associate Professor of Radiology at Harvard Medical School, on the faculty of the Harvard-MIT Health Sciences Technology (HST) Program, and performed research at Massachusetts General Hospital, where he was Associate Director of the MGH-NMR Center. There he worked at the intersection of basic research, medical technology development, and clinical research in a variety of areas. Robert is the author of over 100 peer-reviewed scientific papers, and an inventor on 6 US patents.
View LinkedIn Profile 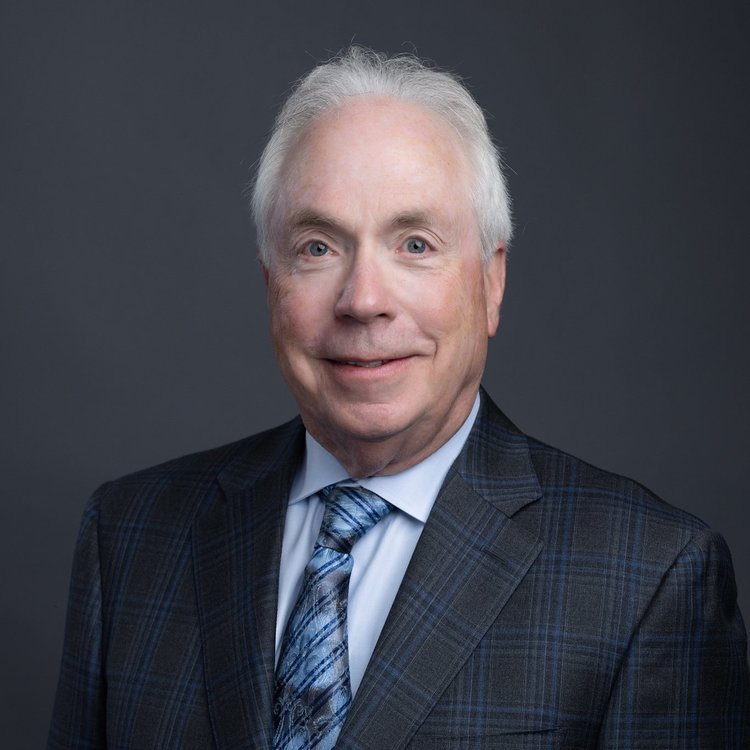 David Kabakoff, Ph.D.
HealthQuest Capital
A chemist by training, the companies that David has led as President, CEO or Chairman have produced billions of dollars in returns for investors and employees. He currently serves on the Boards of HealthQuest portfolio companies Lineagen, Castle Biosciences (CSTL) and Biotheranostics (in addition to RareCyte). As an operator, David’s successes include leading the development of some of the diagnostic industry’s most iconic products like the first yes/no color changing pregnancy test, the PSA test for prostate cancer and the rapid strep throat test, plus numerous cancer diagnostics. He served in senior executive positions at Hybritech, was EVP of Dura Pharmaceuticals, CEO of Spiros Development Corp., Corvas International and co-founder/CEO of Salmedix. Each of the products he developed succeeded because it made a large impact on the medical management of patients. He has served as Chairman of Trius Therapeutics (acquired by Cubist), Chairman of Cebix Inc., Chairman of Amplimmune, Inc. (acquired by AstraZeneca), and as a Director of InterMune, Inc. (acquired by Roche), and Allylix, Inc. (acquired by Evolva). David earned his BA in chemistry from Case Western Reserve University and then his PhD from Yale University. He lives with his wife and enjoys fine wine, travel and skiing.
View LinkedIn Profile 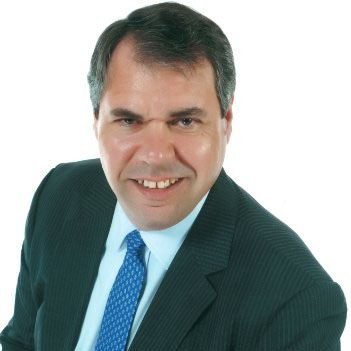 Daniel R. Marshak, Ph.D.
Daniel R. Marshak, Ph.D., is a highly experienced executive in the Life Sciences, Diagnostics, and Biopharmaceutical industries. In addition to serving on the Board of Directors for RareCyte, Dr. Marshak currently serves on the Board of Directors for the Tecan Group (SIX:TECN), InVivo Therapeutics (NASDAQ:NVIV), LifeVault Bio, and Elevian. Dr. Marshak is a steering panel member to the NIH RADx SARS-CoV-2 rapid diagnostics accelerator program and a consultant to leading Biotechnology and life sciences companies, as well as to venture capital, investment banking, and private equity firms. Dr. Marshak previously served as Senior Vice President & Chief Scientific Officer for PerkinElmer from 2006-2014, where he led global research and development functions. Prior to joining PerkinElmer, Dr. Marshak was Vice President and Chief Technology Officer, Biotechnology, for the Cambrex Corporation. Dr. Marshak previously served as Senior Vice President and Chief Technology Officer for Osiris Therapeutics, Inc. and was a Senior Staff Investigator at the Cold Spring Harbor Laboratory. Dr. Marshak received his Bachelor of Arts degree in Biochemical Sciences from Harvard University, and holds a Ph.D. in Biochemistry and Cell Biology from The Rockefeller University in New York City. He did postdoctoral work in Pharmacology at the Howard Hughes Medical Institute at Vanderbilt University School of Medicine in Nashville, Tennessee and was a Pharmacology Research Associate Training Fellow at the National Institute of Health in Bethesda, Maryland.
View LinkedIn Profile

Calendar of events, press releases, and other RareCyte news

Learn more about the Leadership Team at RareCyte

For more information on our technology, products, applications, and Pharma Programs